Confidence Booster: Six Easy Ways to Build Up Your Self-Esteem

When it comes to those crucial intangibles in life — the ones that impact your happiness and overall well-being, as well as your success — confidence is king. But what is confidence? How can you acquire more of it? The important thing to know about confidence is that you don’t need to depend on external factors — a compliment from someone else, a raise from your boss — to increase it. As it turns out, you hold the power to boost your self-esteem. All it takes is a little effort to hone in on what makes you uniquely you. It’s all about recognizing all of the amazing things you bring to the world, while also seeking out new ways to bring more.

In need of a little boost? Here are a handful of super easy ways to build up your self-esteem. 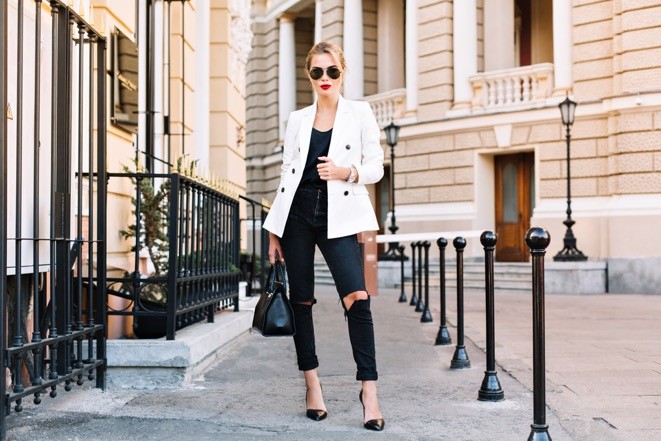 You’ve likely heard the expression “dress for success” — and there’s a solid reason why it’s such a commonly used phrase. When you dress sharply, you feel good about yourself, and that self-confidence radiates outward, affecting how others perceive you. In fact, one 2015 study found that wearing formal clothes actually changed people’s thought processes as a result of making them feel more powerful.

Dressing well doesn’t have to mean blowing your entire paycheck, either. The idea is to put a little thought into your ensemble and incorporating some timeless pieces that are flattering for your particular figure — the kinds of garments that make you look put-together while also highlighting your favorite assets.

And while you’re at it, don’t forget to put some thought into your underthings as well — after all, they serve as the foundation for your outfit and can impact how your clothes hang on your body. By slipping on some sexy lingerie under a killer outfit, you’re bound to walk a little taller all day long knowing you have a sultry little secret.

Sometimes, we need a little extra help from others to boost our self-confidence. And as it turns out, getting involved in a group can be even more powerful in this regard than just hanging with a friend or three. In fact, a 2015 study from the Canadian Institute for Advanced Research found that, while having a large network of friends didn’t predict self-esteem, belonging to groups did, because they offered a unique sense of support. Whether you decide to join a book club, a support group or a networking group, you’re bound to feel more confident while making connections with others who share similar interests, values or goals. 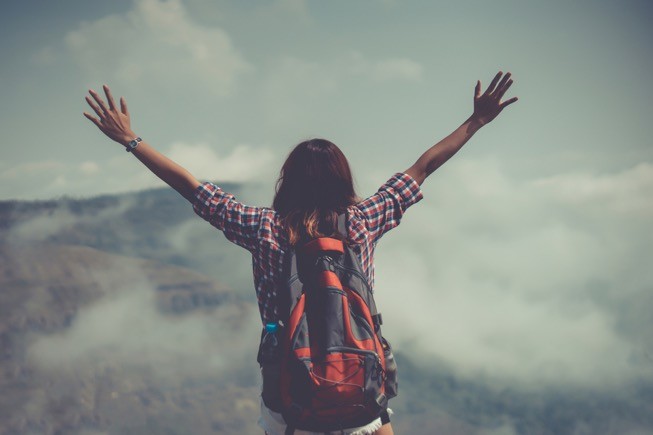 Take a risk
There’s something innately invigorating about doing something you’d never normally do, whether that means going skydiving, performing at an open mic night or trying a new fitness class you’ve been intimidated by. Taking risks is empowering because it teaches us to overcome our fears, and more importantly, our self-doubts. Plus, afterward, you’re left with a renewed sense of confidence that you can, in fact, do something you felt you couldn’t. Make it a point to take a risk every week. Not only will you be surprised by your inner-strength in doing so, but you may even find a new passion in the process as well.

Don’t underestimate the power of some positive self-talk. Need proof? Research published by the Society for Personality and Social Psychology found that affirmations can boost your confidence. Half of the study’s participants were asked to write about their most important negotiating skill, while the other half were told to write about their least important negotiating skill. When all participants were then tested on their skills, the ones who completed the self-affirmation performed significantly better in negotiating a lower sale price than those who didn’t. So, start each day with a mantra that highlights one of your best attributes — either by saying it out loud to yourself in the mirror or by writing it down in a journal.

Listen to some pump-up jams
Real talk: When you’re getting fired up for a night out on the town with your girlfriends, you rely on a killer playlist to get you pumped, right? Music can obviously have a powerful impact on your mood, but research has shown that it can also affect your self-esteem. In fact, a 2015 study from the Kellogg School of Management at Northwestern University revealed that people who listened to a “high-power” playlist (of songs that made participants feel most powerful, determined and dominant) actually performed the tasks they were given more successfully than those who listened to a “low-power” playlist. Not only that, but they felt braver: those who listened to the high-power playlist were more likely to volunteer to go first in a debate. Start each day with some empowering music, whether you listen to it while getting ready at home or on your commute to work. Not sure which songs to include? The study noted that songs with heavier bass seemed to have the greatest confidence-boosting effect.

The reality is, you do amazing things all of the time that you don’t acknowledge. So, take some time at the end of every day to write down at least one thing you’re proud of. Maybe it’s that you got some positive feedback from a client, or maybe it’s that you made it to the gym for the fourth day in a row. It could even be something as simple as the fact that you made yourself a healthy lunch to pack for work, or that you took the time to meditate before heading into the office. Pat yourself on the back for all of these accomplishments by writing them down — then, when you feel like you need a jolt of confidence, look back at your list to get an instant lift.